When I was 11, my basketball coach, who wasn’t much older than my teammates and I, walked the sideline of the small town community hall where we played, yelling and throwing his hands up in the air when we made a mistake or he disagreed with the referee’s call. A few years later when I played football in junior high school, my coach, a former lineman in college, would get in a three-point stance opposite you, snarl and jump off the line and thump you in the shoulder pads. 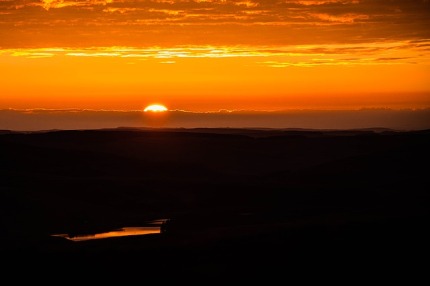 Both coaches had bigger than life personalities. They were brash, talked loud, and were full of themselves. I thought that’s how all coaches were meant to be, mini-versions of Vince Lombardi, the legendary coach of the Green Bay Packers, who won two Super Bowls in the late 1960s.

I assumed that’s just how it was, until I signed up for my high school cross country team. Our head coach was a stern, matter-of-fact man. He wanted the team to excel, but he talked more about character and discipline than wins and losses. He’d pile us in the bed of his pick-up truck—it was the early-1980s, we used to do things like that—drive a few miles up a steep mountain, pull off the side of some dirt and dusty back road, and tell us to get out and run up and down the next mountain for six or seven miles where he’d be there waiting for us.

We didn’t dare disagree, because we knew that that was our only way home. I remember thinking, “Umm, okay coach, whatever you say.”

However, when the head coach was busy and couldn’t run practices, I was thrown-off by his assistant, Mr. Hardison. He wore glasses and was a soft-spoken man. He spent most of his time with the girls cross country team, but he would occasionally fill in for the head coach. He was a thin man, not much taller than me, and looked like he belonged behind an accountant’s calculator instead of a classroom lectern. He didn’t say a whole lot, he’d just tell us to stretch out and, when it was time to start running, he’d walk us to the starting line, the sidewalk below the student parking lot. He’d tell us the route we were running, usually a five or six mile run through the local neighborhood to a bridge or building that we were all familiar with, and the order of the staggered start. He wouldn’t lecture. He wouldn’t give us a fiery speech. He just told us to focus on our form and to try our best. He’d click start on his stopwatch and then point to you when it was your time to start running, that was that.

I’d race off knowing that Mr. Hardison would be there when I returned to write down my time on his clipboard. When you’d come huffing across the finish line, he didn’t yell or call you names. He’d simply take down your time.

I worried incessantly about my time and where I fit in with the rest of the team. I always wanted to do better, to cut another minute or two off my 5k time. I lacked confidence in my running and feared that I’d be left behind.

Mr. Hardison though believed in me. If he noticed a disappointed look on my face, he’d asked what was wrong and where I thought I could improve. The focus was always on appreciating the progress you had made to that point and honest self-reflection. 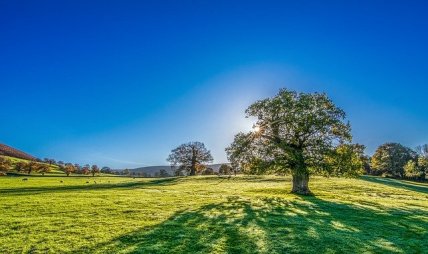 That was the extent of our relationship until my junior year of high school. I had taken Algebra II in tenth grade and barely survived. The Algebra II teacher was a math whiz, but he mumbled and he could never explain very well how he got his answer. He just assumed that if he could get it, you could too. He couldn’t seem to bring the math down to anyone else’s level. In the course of the year, he had managed to kill off whatever confidence I had in my math abilities.

Prior to the start of eleventh grade, my guidance counselor suggested I step out of the honors class with all of my friends and take Trigonometry/Pre-Calculus with Mr. Hardison. While the class would keep my options open for my senior year and would still be fast-paced, I would have a chance to catch-up, strengthen my skills, and, more importantly, succeed. 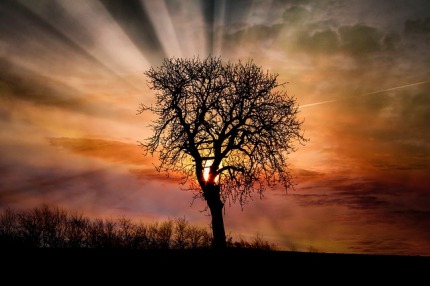 I understood the counselor’s thinking, but I still felt crushed. I walked into the Trig class on the first day, feeling like I had failed. Mr. Hardison, though, would have none of that. He didn’t allow me to feel sorry for myself, he forced me right back up on the bicycle. He gave simple directions and plenty of homework—enough to keep you on your toes, there was no slacking off in his class, but not enough to overwhelm you. I cringed at the work, but I slowly started to get the hang of it. In time, success soon followed. Math made sense and I felt excited to go to class each day. In fact, I’ll go a step further, for the first time in my life, math was actually fun. Mr Hardison had somehow found a way to bring me back from the brink.

I ended up doing so well that when the year ended, I was asked back into the Calculus class for my senior year. (I probably should have read the warning signs and stopped while I was ahead. I would once again be back in class with the math teacher that I had in Algebra II and didn’t like, but that’s a story for another day.)

I graduated the following year and Mr. Hardison and I went our separate directions. He continued working as a math and technology teacher before retiring to spend time with his family. I moved away for college and later to start my career. I was saddened though this past January when I saw Mr. Hardison’s obituary in my hometown newspaper.

I hadn’t thought about Mr. Hardison in years, but as soon as I saw his picture, I was taken back to the blue and greenish painted hallways of my high school and reminded of how the quiet, soft-spoken teacher found a way to bring me back from the abyss. I’ve never been a school teacher. I’ve never stepped foot in front of a classroom, but I can’t think of a better compliment for a teacher than to know that they made a difference in a student’s life. Mr. Hardison made a difference in mine.