I hit the restart button.

My laptop screen quickly dimmed to black and started the process of rebooting. I turned my smartphone over to see the time and reflexively looked at my watch, as if the two actions combined would miraculously speed up the laptop reboot.

I was going to be late to my 9 a.m. video conference meeting. A senior executive with my firm had set up the meeting the previous day. Of course, as soon as I tried to log into Microsoft Teams, it stopped working for me. The icon would spin on an endless loop, but nothing would happen.

With time slipping away, I bit the bullet and texted the executive letting her know that I was having technical problems and instead asked her to call me on my cell phone. I worried that this was the beginning of the end. I was trying to leave my new team with a good impression and I was already messing up. I imagined that my new team would see through my hardened mask and exterior and see that I was an imposter. 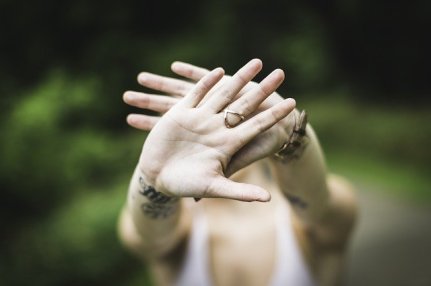 In my mind’s eye, I saw the executive questioning the decision to hire me. “Heck if we can’t trust the new guy to make it to a simple meeting with some kindergarten-level technology then how we can trust him on an important million-dollar project?”

I imagined further how I would react when the HR manager called me into a conference room, thanked me for my time over the past three weeks, and told me that it just wasn’t working out. How would I tell my wife that I had lost my job? What I would tell my son when I told him I couldn’t buy him the new hockey equipment I had promised him?

Of course, the meeting went off without a hitch. I had nothing to worry about. The executive didn’t bat an eye. We even, dare I say it, seemed to click. At least, it came across that way. She didn’t seem to notice how much I stuttered and stammered my way through the meeting and she even laughed at my hackneyed, lame attempt at humor, when I joked that that my laptop had a brain of its own.

It gets better. When I was back at my desk, I learned that it wasn’t my laptop after all. Microsoft Teams wasn’t working, because of a system-wide issue. I had nothing to do with the outage.

Two days later, I met with another executive to talk about a large-scale project that my company is working on. We were going back and forth and I offered a minor suggestion, nothing that I thought was out-of-this-world, but something small that I thought might help improve everyone’s efficiency. The exec went out of his way to compliment me and praise me for my foresight. As we walked out of the conference room, he pulled over another leader to tell him about my idea. You would have thought I had invented the internet

A few weeks have passed, but I still worry about getting in over my head and can’t seem to get rid of the feeling that I’m one big imposter, conning everyone that I meet. No, it doesn’t make logical sense. We all take on the role of the “new guy” at one point or another in our lives, but feelings are still feelings.

Despite it all, I took away three valuable lessons from the experiences. The lessons are relatively simple, but sometimes, the simplest things are still the best. They include:

If I truly do take the advice to heart, who knows, I might start to feel at home yet.