One response: the blog stinks. A second response: No, no, move over Elon Musk and your newest electric car, the blog is the best thing since sliced bread.

I take a different approach today. In particular, I’m looking for feedback. This blog is the best thing you’ve read in the past ten years or it makes good fodder to line the bottom of the bird cage. You decide, which is it?

Returning to the beginning

Let me start with a little background: I’ve been writing this blog for a little over four years. It was meant as a place to put some thoughts out into the blogosphere for my family and friends.

When I wasn’t looking, the blog turned into something else that I can’t quite put my fingers on. It’s taken on more prominence in my life, something that I look forward to writing each and every week. I’ll be the first to tell you that some weeks, I feel that there’s something good to read on the site, other weeks, not so much.

I’ve kept mainly to a twice a week — Monday and Thursday — posting schedule. I’ve seen other bloggers write more and still others write less. Most of my columns are a few hundred words, upwards to a thousand. I start with the idea to keep them short to about 250 to 300 words, but without the aid of a good editor — outside of my wife, who is required to say that she loves everything I write, lest I run to the priest who married us in an attempt to null and void our wedding vows — I inevitably get in my own way and the blog grows to 800 to 900 words. 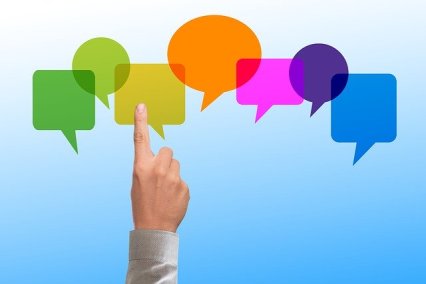 I haven’t pushed the marketing of the blog too heavily. Oh, I’ve played a little with the design when I get a chance and purchased a more advanced WordPress plan that has shortened the url and helped readers to find the blog a little more easier, but that’s been about it. In addition, I haven’t ventured too far into the world of social media with my own Instagram, Twitter or Facebook pages.

In any event, that’s why I’m writing. My blog doesn’t usually get a ton of comments. One or two once in a while, but that’s been it, and I’m generally fine with that. I’ve kept my presence on social media to a minimum so I understand why others might not comment.

However, this time, I’m asking for more. I would love to know what readers like and don’t like; topics they want to see or don’t want to see.

For example, I’ve long cringed when I think of the name of the blog. What exactly does it mean to write from the heart? Do readers get it?

For me anyway, it’s opening up a vein and telling what’s on my mind . . . and as corny and hokey as it sounds . . .  telling what’s in my heart. Do others get that? I’ve long considered replacing the name, but have never come up with a better idea.

What do you really think?

Does the artwork, well, work? Too much, too little?

I’ve tried to give of myself, without going too crazy in revealing everything that makes me tick. How has that worked? Have the topics I’ve covered been interesting? Or am I beating, for the lack of a better word, a dead horse?

In short, I’m reaching out to thank everyone who’s been a reader and asking for your feedback. What does this site need more of and what does it need less?

I appreciate your time and comments.