It’s been a while since I’ve written one of these columns. For those new to my blog, I’ve jotted down decrees off and on over the past several years that I will make law the instant I become King of the World. 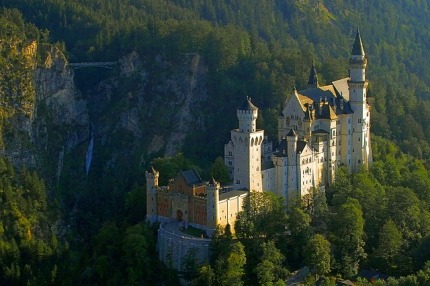 I have no plans for a Game of Thrones takeover anytime soon, so putting my thoughts in the blogosphere is the closest any of these will probably get to becoming a reality, but a guy can dream. Here goes:

–Self-checkout aisles have become a way of life. I’m fine with them, but I think a simple rule needs to be put into place. If Target; Walmart; your local grocery store; whomever. . . If they want you to serve as the customer and cashier, then they should pay you. Your time is just as valuable. I’m not talking about the world here, just a small tip of the hat for the dollars they’re able to put back into the business because they don’t have to pay the salary, benefits, etc. for one extra cashier. Don’t you agree? How about something small? A reduction of $5 sounds about right.

–Fines for lying. Congress, The President, the federal level, state lawmakers, no one seems to tell the truth anymore. Don’t go pointing at the other side. It’s both sides. They lie about their votes. They lie about the issues. They would lie about their mothers and fathers if they could. Let’s change that. Every time they get caught in a lie, they get fined. It can be a big fine, it can be a small fine, I don’t really care, just that there’s some kind of repercussion for not telling the truth. If they fail to pay the fine, they’d be sent to prison. Now that’s a truth I think we can all get behind.

–Bring back MTV. No, I don’t mean the stupid shows they run now. I mean real music. When MTV launched in August 1981, it originally aired music videos. It was hip, it was fun, it was in the know. MTV hasn’t been hip in a very long time. Let’s see that change. Our kids deserve better!

–Every homeowner needs to plant a garden. Nothing big, just a garden. No land? Then get involved in a community garden. You’ll feed your family. You’ll see the beauty of seeing something grow. You’ll help your community. You’ll help the planet. All wins.

–I would eliminate all bottled water companies. A quick trip to the Internet shows how big of a problem plastic water bottles have become in our society. One expert estimated that more than 50 percent of the people in the United States regularly drink bottled water. Plastic water bottles are convenient, but they come with a significant cost. The production and transportation of bottled water causes significant pollution, discarded bottles end up in our communities killing marine life, and it takes hundreds of years for a plastic bottle to decompose and dissolve into the soil. All for something we can get from our faucet.

The reign of King Brian begins:

—When I’m king of the world.

—When I’m king of the world: Part II.

–My wife and I lived in Washington, D.C. for a few years and fell in love with the city. It had its share of challenges, but we loved the ease of using the Metro and the relatively cheap museums, including The National Air and Space Museum, The National Museum of American History, The American Art Museum, etc., etc. In my future world, every big city would have the same two ingredients, a great weekend metro system for residents to get around and great museums to waste the weekend away.

–When you contribute money to a charity, you should know where the money goes! In my new world, you would get a detailed receipt showing where your $5 or $5 million went. Makes sense to me.

–And oh yea, when I’m king of the world, the king’s castle would rock. It would come with state of the art technology; pricey antiques; soothing swimming pools; countless rooms, so many in fact that if the king wanted to spend the day alone to himself, he could get lost in his own castle; fast cars, an in-home theater and professional gym; and oh yea, it would be a castle fit for king . . . me!