I was “depressed.” I couldn’t seem to break the downward swing I seemed to be on. I was upset over nothing and everything: the test I thought I had failed; the close friends I didn’t seem to have; my brothers, who I missed and were off at college; the trouble I seemed to get into daily at home; and the persistent sad and anxious feelings that overwhelmed me. 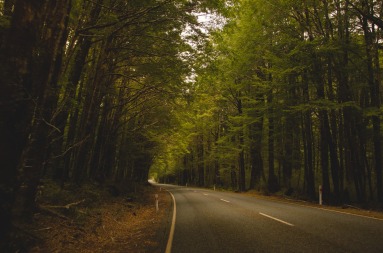 One minute I felt like the world was crashing down on me. I felt like I could barely breathe. The next minute, I was racing down a steep narrow, curvy mountain road — the kind that goes one direction and then switches back to another with the snap of your fingers — in my parent’s car. The road was simply named “Greenwood Road,” but I wasn’t thinking much about that. My mind was elsewhere. The speedometer on my car raced well past 75 mph. The thick green woods on either side of the road were a blur. I knew I should slow down. I knew I should get the car in more control. I was a new driver, but I had driven the road plenty of times on my own to know that the road curved significantly at the bottom of the hill. I would have to cutback my speed to the mid 20s to be safe and that was probably still not slow enough. I knew all that and still I sped up. A part of my brain didn’t connect, didn’t react. I simply wanted the restlessness and hopelessness churning in my mind to go away.

I wiped away a tear that trickled down my face and looked up to see the curve, of course, coming towards me like a 3D image, but with incredible power and force behind it. I was approaching the curve too fast. If I didn’t stop in time, my car would race down a ditch and then jump high up and into the woods. I would die instantly.

I’m not sure how, but at the very last minute I managed to slam my foot onto the brake and turn my wheel. I kept pumping my brakes with everything I could muster. My car fish-tailed on the road first to the left and then back to the right and felt for one unbelievably long second like it was going to roll onto its side and flip into the trees. The car though held firm skidding to a stop in the gravel along the side of the road. 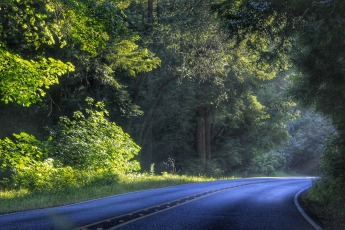 I shook my head in amazement. I should have been dead. The car should have been a mangled mess. I couldn’t comprehend how I had survived. I slowly moved my car to a safer spot, a small overlook less than a quarter mile up the road and closed my eyes, putting  my face into my hands. I sat there for an hour before I felt calm enough to drive the five minutes or so it took me to get the rest of the way home.

I should have been dead

I’ve thought a lot about my near-accident over the years. I’ve long attributed a part of it to being a new driver and being overly confident in my driving skills. It would be wrong though to downplay the role of my mental state in putting me in that situation. In my own mind, there’s no doubt that it was a cry for help.

I’m not sure a medical expert would have described my state of mind as clinically depressed. While certainly sad and upset, I know that I didn’t meet some of the standards for such a diagnosis. In addition, I wouldn’t want to diminish the symptoms and challenges that millions of people diagnosed with debilitating depression face each year. My situation though highlighted for me that something was off, something was wrong. I was headed down a dark path and needed to take action to ensure that I wasn’t in the same position ever again.

The problem that never seems to go away

I’ve been thinking a lot about my close-call after a 15-year-old girl in my community recently committed suicide. The parents came forward with her story in the local newspaper to help bring attention to the disease. I read the story several times and each time I scrolled through it, I couldn’t help but feel tremendous pain and sorrow for the family.

Unfortunately, the hold of suicide doesn’t seem to be decreasing. Researchers at the Center for Disease Control examined death records and recently released their findings that found that the number of suicides in the U.S. have been on the rise since 1999. In 2014, 13 people out of every 100,000 took their own lives, compared with 10.5 per 100,000 in 1999. The suicide rate increased every year from 1999 to 2014 among both women and men and in every age group except those 75 and older.

I find these numbers staggering. I was fortunate that my search for help brought about significant change in my young life. I was able to talk to others about how I was feeling; express myself in my writing and journaling; implement stress management tools, and begin an exercise and running program that turned my life around. I was fortunate too that I had teachers and coaches who pushed me. I had an internal desire to better myself.  I also had a faith in God that I was destined for better things.

Having a grateful heart

When I hear about a suicide in the community today, I think that’s what bothers me most: that mental illness and depression play such terrible tricks on its victims, making them feel that they don’t have someone to turn to in their hour of need. I find the loneliness the most bothersome.

Fortunately for me, God was watching out for me in one of the darker moments in my life.

I haven’t driven on that old mountain road in years, but when I do I’m always struck with how thankful I am that things worked out the way they did. I wouldn’t be here today if they hadn’t.

5 thoughts on “My cry for help”