My father pushed away the oxygen tube from his face and strained to get down on the kitchen floor to play with my daughter. My wife had given birth a few weeks before to our middle son, so my daughter was two in picture of the two of them that I keep in my desk drawer. My daughter didn’t see the tubing or the big tank that followed him everywhere. To her, my father was a big playmate and she had made up her mind that the two of them should paint her pink and light green Fisher Price bicycle a dark navy blue. My dad was more than willing to help.

Of course, I tried to be the responsible one and shook my head “no.” I’m sure I warned my daughter about the mess that they would create in the kitchen,” but I never had a chance. There was no chance of me winning that argument. The case was closed, before I ever got a chance: one determined little girl, pathetic face and all, and my father looking up at me with a “why not?” expression.

As I suspected, they painted the seat and the back of bike, but my daughter soon lost interest and got hungry for the ice cream that we had picked up at the store. While they waited for me to clean up the kitchen and get their dish of ice cream ready, my daughter stood up and grabbed my father’s hand, telling him, “Come on pappy let’s go read my book while we wait.” (Fyi, the half-painted bike sat in our cramped garage for a number of years until we eventually gave it away or the garbageman took it, I’m not sure which.)

The years have flown by and my daughter is a grown woman now, but the memory still feels fresh all these years later. I can still smell the paint on the bicycle as I carried it away to dry and I can still taste the ice cream as I watched the two of them eat together on our sofa.

Like many father-son relationships, my relationship with my father was complicated. When I was kid, my  father was challenging to get to know—you had to grow a tough skin—but when it came to being a grandfather, he was a push over, an old softie. My daughter and all of his grandchildren could do no wrong. They were perfect in his eyes.

Yes, my father loved spending time with his grandkids. If he had lived, my father would have been 83-years-old this month. Fate had other plans in mind. Instead, he passed away 16 years ago on a cold February night. In the end, his heart gave out well before his grandkids were old enough to drive.

When I think now about my father, I find myself thinking about him playing with my daughter and wondering from time to time what he might say to us today. What would he think about the times we live in now? What would he say about his grandchildren and how they’ve changed over time? 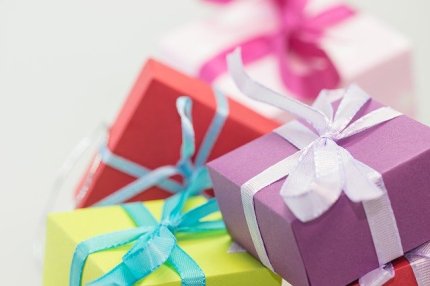 I obviously don’t have the answers. I think my father would be pretty proud of them, of who they are, and of the people they’ve become. I think he’d encourage them to work hard and make their dreams come true. No matter what though I think would tell us how much he loved being a grandfather.