I reached for my phone six times on my 40-minute drive to work. I picked up my jacket thinking it was in a pocket and then quickly put it back down, reminding myself each time that I would have to live without my phone for the day. 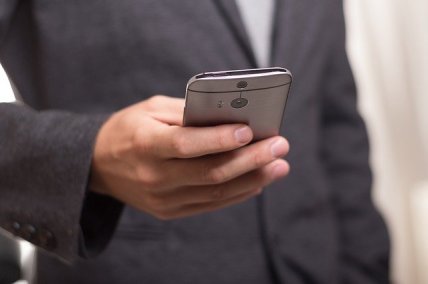 Instead of listening to my favorite music on Apple Music or Spotify or even bringing up my favorite podcast or book on Audible, I would have to settle for bland “play it again Sam” FM radio. I managed to pass the time, but none of the local radio stations really kept my attention for more than a few minutes.

My problem got worse. As I waited between meetings or walked to the cafeteria for coffee, I couldn’t pull up my phone to check on texts from my kids or email to see if a coworker had gotten back to me yet on an important question I was tracking down. Instead, I had to wait until I logged into the network on my laptop and got everything up and running to see my emails. Oh the challenge of first world problems.

I guess this is a good time to explain why I didn’t have my phone. I’m fascinated by technology and smartphones, but my wife and I have noticed that our son carries his phone 24/7 like an extra appendage. He has it in his hands more times than not.

After our most recent reminder, I got to thinking about my own smartphone usage and how much of a challenge it would be to give up my phone for a day. I knew the problem had reached crisis mode when I spent ten minutes in a craze looking for my phone and I had it the entire time in my back pocket. I’m running through the house like a chicken with it’s head cut-off and the phone was on me the whole time.

Yea, who really has the problem?

For the sake of science

I’m no social scientist, but I’ve long held a deep interest in the reasons we do the things we do and it hit me, that it might be a good time to run my own little study. I would run two samples:

I would run both studies and get to see close-up which was the best style for me.

Before I begin, I should say that I’m old enough to remember when cell phones were a new thing. My wife had the first cellphone in our family and it was as thick as TV remote and to say it was bulky would be an understatement. The phone flipped open and weighed as much as a small brick. To make a call, my wife had to pull out a tiny little antenna for the thing to get any reception and even then it was questionable.

When you used the phone, you couldn’t help but feel like you were on the set of Star Trek, calling Captain Kirk or Commander Spock. My wife got tired pretty quickly of me saying “beam me up Scotty” every stinking time I pulled out the phone and called her to tell her that I was getting ready to leave the office and would be home in an hour.

From those early beginnings, I’ve come to count on cell phones. We all do. I text my wife, I use it to check things out on Google. I check work email on it countless times a day from sun-up to sundown. I check the weather to see if I need to take an umbrella when I run to another building on my work campus. And of course, like the rest of the known universe, I waste time playing games with it or simply scrolling aimlessly on social media. 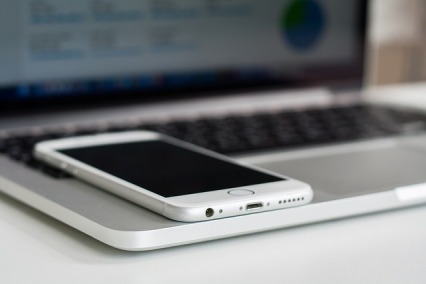 So I knew putting my phone away would be a challenge, I just wasn’t sure how much of one. To be safe, I didn’t walk out of the house without a backup plan. That probably would have been too challenging. Instead, I put my phone in my glove compartment. I figured it wouldn’t be wise to be without it completely and I must say it took everything I had to not just pull it out. Who would notice?

I noticed the change right away. No texts from my wife saying have a great day. No calls either. No music. Just me and my radio. Just me and my boring thoughts . . . oh how comforting.

When on is on

Now you may ask, how did I fare with my phone all day in my right hand? Oh, I adapted pretty quickly. I’m no millennial, but when it comes to smartphones, I’m a quick learner. We’re all used to our phones, but we hate when someone we’re talking to face-to-face is focused more on their phone.

I usually keep my phone in my pocket, so it’s nothing new to have it on me. However, I consider myself to be pretty considerate of others. I rarely talk on the phone when others are around and when I’m having a one-on-one conversation with someone, I usually make it a point to put the phone’s ringer on mute and to put the phone aside. On this day, I made no bones about it, my phone was my first priority. And I saw immediate reactions.

I came close to putting one friend over the edge. She kept staring at the phone in my hand and gave me the dirtiest look until I explained what I was trying to test. Her sneer turned into an immediate friendly smile. She admitted that she couldn’t blame me. She has a son who’s on his phone nonstop and couldn’t wait to hear my results.

I continued with my day and became convinced that I could become addicted pretty quickly everything that my phone can do, but in the end, I like people. I hated how the phone became less and less useful and more and more like an albatross.

The good, bad and the ugly

So in the end, what did I learn? I was reminded that I love technology and how it can ease our life. I learned too that people matter, facial expressions matter, face to face matters. Tech makes our lives easier, but it’s got nothing on a friend’s smile or my wife’s hug.

At the end of the day, I side with people and touchy feely things that a phone can’t provide.