I had a strange day at work.

I came out of a meeting, my mind racing to fix a problem, and I ran into a good friend who I haven’t seen in weeks. We started talking and before I knew it he had me laughing and joking. He’s the kind of friend who you don’t see for months and then you run into him at the store or the gym, it doesn’t matter where, and you pick-up like you’ve never stopped. The few minutes of discussion, of course, gave me the idea I needed to fix my problem and my friend and I made plans to catch up soon. 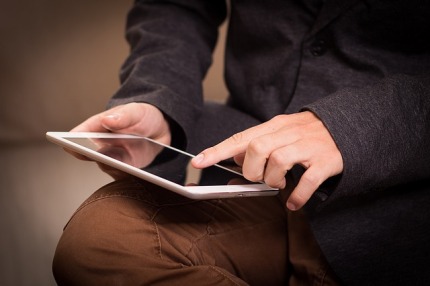 I’m horrible with names. I hear a name and it just whizzes past my ears. It goes in one ear and out the other. If that’s not bad enough, I can look at someone, know who they are and instantly draw a blank on their name. I was sitting in a meeting later in the day and I looked right at a guy who I’ve worked with for years and drew a blank on his name. Harold, Harry, Hank, Henry, I couldn’t think of it. The name was on the tip of my tongue, but it wasn’t coming to me. I was sure it started with an H. It wouldn’t have been a problem, but I had to introduce him in the meeting. I hemmed and hawed hoping that it would come, but nothing came. Finally, I had to tell him that I forgot. He broke out laughing and I felt like a fool, but at least my problem was solved. His name: Brett. Ugh, the shame.

Finally, the ugly, or, in my case, just plain stupid:

I used to walk or run every day at lunch. I would step away from my desk and go for a walk on the small pathway near my work. I loved to listen to the birds chirping, stop and look at the small creek that cut through the woods, and just get away from the clutter of my desk. Now, let me be clear, we’re talking concrete suburbia, corporate park here, not deep in the heart of the woods.

But somewhere along the line, I stopped and I have no idea why. Oh, I’m sure it had a lot to do with work demands. It was easier to grab a quick lunch, look over my schedule the rest of the day, anything except getting outside and taking some time for myself. I started off skipping one day, then it became another and another and another until a new habit had formed.

In any event, I went for a walk today and it was the best thing in the world. I felt like I had let go of a 50 pound pack from my back. I couldn’t have been more relaxed. So yes, I’ll be making a few changes in my schedule . . . more walks, less stress.