I shake my head some days.

I grew up in a rural farming community where small, simple church steeples outnumbered taverns and watering holes and you had to drive 30 minutes to get to the nearest grocery store.  Each small village had a post office and maybe a gas station. When I was young, I couldn’t wait to leave the community. While I had good reasons for wanting to get away, I’ve come to appreciate the small-town values that helped shape me.

I’ve lived now for most of the past thirty years in the suburbs and there’s much I love about my adopted hometown. I love that I’m close to the best of all worlds, close to the rapid, mile-a-minute pace of the city, but still relatively close to laid-back attitude that comes with open space and farmland.

However, there are still times when I shake my head at my friends from the city and suburbs. For example:

—I shake my head when my coworkers walk right by me without a hello or a nod of the head. I’m not asking for anything extraordinary. I’m still an introvert at heart, who hates small talk, but is it too much to ask for a wave of the hand or a pleasant “good morning” signaling that the other person acknowledges your existence? When I travel back to the small community where I grew up, you walk into a convenience store and, even though you’re a stranger, you’re still going to be greeted like a long lost friend. 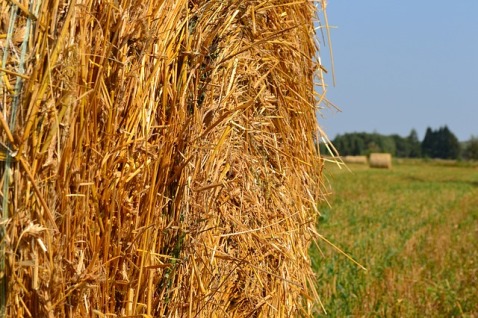 —I shake my head at the other drivers on the highway, racing Hell or high water at well past the speed limit to get in front of you. I ran into my share of crazy drivers growing up in rural Pennsylvania, but the many Amish horse buggies and farm tractors on the road seemed to keep the crazies to a manageable speed.

—I shake my head when I go to a restaurant or grocery store and buy something supposedly “homemade.” In fact, everything is promoted now as organic or freshly-made, everything from fruits and vegetables to snacks and deserts. Every time I see the catchy advertising phrase I want to scream out loud:  “Um, nice packaging and all, but I know homemade and this isn’t it.”

—I shake my head when folks from the burbs mock small town life. Yes, I know it’s the classic, “I can make fun of my brother, but don’t you dare make fun him” syndrome, but I still shake my head. For example: I went to pick up my son the other night from marching band practice and two guys were talking right in front of me about getting stuck on the heavily-traveled road to the school behind a large farm tractor. The one guy couldn’t stop complaining. Meanwhile, I couldn’t help but notice that he still ended up making it to the school on time. In addition, I really wanted to ask the guy if he was prepared to give up most everything in his refrigerator. If nothing else, I wanted to ask where he thought the food on his table came from? Where? According to him, probably from thin air.

—I shake my head when I hear friends talk about their kid’s busy schedules and how they’re traveling each weekend for baseball, soccer and every other sport in between. When I was a kid, God forbid, we were forced to figure out what to do with our own time. We didn’t have travel sports, we didn’t have clubs. Shh, we had something called free time. Did we get into trouble? Yes, sometimes. Did we have to figure out how to fix the problem? Yes, again. We learned to appreciate time, to actually plan outings with our friends, and make the most of it.

–I shake my head when I see up close examples of our throw-away culture. I was driving home the other night and I looked up from a traffic light to see a couple throw a newish looking bicycle into a trash dumpster. Now, I’m no Mr. Fix-it and my tastes in styles tends to favor the new over the old, but my inclination would have been to work to fix whatever was wrong with the bike. If it was simply old, I would have given it away to someone who needed it more or sold it at a garage sale. Thanks to the small community I grew up, I learned the value of appreciating everything life has to offer, especially nature, and making things last as long as they can. I also learned the value of making a dollar last. It would have killed me to see such wastefulness.

While I shake my head at the craziness around me, I’m sure my urban and suburban brethren shake their heads just as many times at me. See, I’m sure I’m the perfect example of the saying: “You can take the boy out of the country, but you can’t take the country out of the boy.”