The monster lies in wait for its prey. The monster’s hair is dirty and matted, its dark green eyes look like murky cesspools and goopy drool slithers down its mouth. The monster’s claws and fangs glint in the nighttime sky.

The monster rises up from its crouch and chases its prey — me. I run in a crazed panic. It’s like this for me. I wake up each morning to find the hot breath of the monster chasing me.

It’s not a real monster, but one still just as powerful. He represents everything we all must battle each day: jealousy, greed, envy, pride, resentfulness, and a million other horrible thoughts and feelings. I find that I especially must fight the monster.

A history of preying on the defenseless

William Shakespeare first wrote of the green-eyed monster in The Merchant of Venice and Othello in the late 16 and early 17th centuries. The evil Iago plants doubts in Othello’s mind about his wife’s faithfulness, while advising him: “O, beware, my lord, of jealousy! It is the green-eyed monster which doth mock, the meat it feeds on.” (Othello, Act 3, Scene 3)

Like the green-eyed monster that Shakespeare writes about I run from jealousy and greed. In particular, I run from the “wants.” They take many forms. I want a bigger house. I want a newer car. I want a better job and more recognition. I want, I want, I want. Society and social media feed our innermost worries and fears, making us want more than we ever could truly enjoy. (I dare you to go out onto Facebook or Twitter or any social media site for that matter for just ten minutes and not find yourself falling even slightly into the “I want trap.”)

My own green-eyed monster comes partly from my youth. We got by, but money was tight. When I graduated high school, I took out enough loans to pay for my college tuition, but I always seemed to be robbing Peter to pay Paul. I could never catch-up.

In many respects, I was lucky. I worked hard and got an education, my ticket to a better life. I know of others not so lucky. Early in my career in Virginia, I worked briefly with a woman who lost everything when menacing soldiers one dark night came to her Jewish ghetto and threw her family out into the street. She lost family members and cherished family possessions. She was separated from her family and sent to work at a concentration camp. Fortunately, she survived, but many of her close family did not.

Later in my career, I took a class with another man, who was forced to rebuild when his home burned to the ground. His young family and him were able to get out alive, but they had to work for years to recover everything they had lost.

And he still couldn’t replace cherished family photos and personal belongings. He spoke openly about not being able to overcome the mental trauma of the fire.

I hear stories like those two and I know how lucky I am. I’m extremely fortunate, but that doesn’t mean I’m immune from the monster and its insatiable appetite. He comes at me when I’m at my weakest, when I’m at my breaking point. I’ll see a beautiful home after a long day of work and I’ll fall into the monster’s trap: It will start innocent enough. I’ll think to myself that it would be nice to live closer to work and spend more time with my kids. I’ll think about how nice it would be to give my wife something nice (forgetting all the nice things we already have.) I’ll fret a little more and soon find myself up to my neck in greed and jealousy. I’ll question why the good fortune lottery ball has picked those people and not me. In the imaginary conversation in my head, I’ll argue that I work hard too. 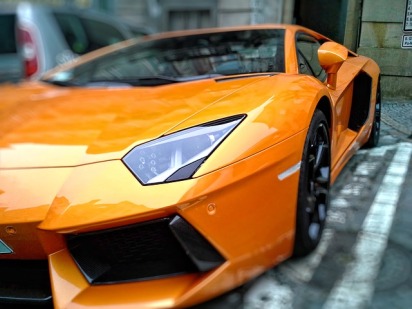 I’ll stew and fret some more and then I’ll finally remember the words of someone much wiser than me, who once saw through my petty jealousy and sarcasm and reminded me that I was too smart to let the monster control me.

After some more thought, I’ll come to my senses and fight my way out of the monster’s grip. I remind myself that despite what Madison Avenue advertising or even others may tell us, life is about more than just one big quest to attain things. I’ll remember too about what’s most important in my life: God, my family, and serving others.

Fighting for the good

I fight back against the monster by volunteering in my community and making a daily list of everything that I’m thankful for both big and small. I find that it’s hard to be jealous when you read the newspaper obits or think of the countless people home- or hospital-bound who would give anything for just a few hours of good health.

A long fight, but one I’ll win

Finally, when I find myself wanting stupid things, I remember an often-told story that I’ve seen in magazines and books over the years involving noted writers Kurt Vonnegut and Joseph Heller. The story goes that they both attended a party given by an outrageously successful hedge fund manager. Vonnegut supposedly took a look around the glamorous house and teased his friend Heller that the billionaire fund manager earned more money in a single day then Heller earned in his lifetime for his classic novel, Catch 22. Without hesitation, Heller responded. “Yes, but I have something he will never have . . . enough.”

There’s some question on whether the anecdote really happened or not, but the lesson is not lost on me. I may never live in a beautiful castle-like mansion, with more rooms than I can count, or own one of the world’s fastest cars, or become a mover-and-shaker business tycoon, but I have something many others would kill for: the knowledge that God loves and protects me; the love of my wife and family; and deep contentment.

And the knowledge that the monster isn’t so scary after all . . . and runs from me now.

2 thoughts on “Slaying the green-eyed monster”