It’s the throwdown to end all throwdowns.

In one corner, you have the street-smart bruiser, who worked the streets of Philly and surrounding Southeastern Pennsylvania countryside to become a rock-hard behemoth with fists made of steel and punches as powerful as bolts of lightning.

In the other corner, you have the rural up-start who used the hills and mountains of Western Pennsylvania and West Virginia to grow biceps as thick as an ox and a towering one-two punch that leaves others shivering in fright.

Their title fights to date rank right up there with the greatest of all time: Godzilla versus King Kong, Superman versus Batman, the New York Yankees versus the Boston Red Sox, Microsoft versus Apple. 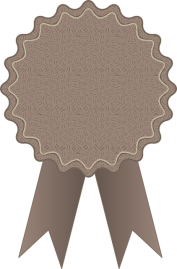 Oh what am I talking about? A return to prominence by heavyweight boxing, not seen since the glory days of Muhammad Ali or even Mike Tyson? The next Mixed Martial Arts fight of the month?

Of course not, I’m talking about the winner take-all, no-holds barred fight between the Wawa and Sheetz convenience stores for consumers’ everyday spending dollars on gas, coffee, soda, and the small little things we all stop for on our way to-and-from work.

Oh yes, in other areas of the country, you have your 7-11s, Speedways, Casey’s General Stores, Krogers and a million other convenience stores and gas stations, but in Pennsylvania, where I live, and up-and-down the East Coast, the convenience store battle is real and fought each and every day between these two behemoths.

Each store makes a claim for the title of having the best known and fastest growing convenience store in the region. Wawa, with its weird-sounding Native American name which means goose, started out as an iron foundry in 1803 before later opening its first milk processing plant. The chain, which is ranked 47th on Forbes magazine’s list of largest private companies, has more than 700 stores that snake from Pennsylvania and New Jersey to Florida.  Sheetz is slightly smaller, but not by much. The chain, founded as a dairy in Altoona in 1952, has more than 500 stores across six states —Pennsylvania, Maryland, Virginia, West Virginia, Ohio and North Carolina.

Who are these people?

I first heard about Sheetz as a kid. My brother came home from college near Altoona with plastic cups from different events held on campus. Besides looking like they would hold a lot of beer, each cup had the Sheetz logo. Sheetz soon moved into my area and eventually became a staple. When our cross country team had to travel hours-on-end to get to a meet, we inevitably would beg our coach to let us stop on the way home to grab something to eat. (Our percentage of success ranked about the same as our duel-meet success rate. If I remember correctly, it wasn’t good.)

Like Sheetz, I didn’t know much about Wawa at first, but when I moved to Southeastern Pennsylvania, I soon learned they had the best soft pretzels. How best to cure late night hunger pains? Of course, a Wawa pretzel. And now, when I need a quick lunch, but hate the idea of trudging to my company cafeteria for the millionth time, a Wawa sub or hoagie comes to the rescue. I remember my wife giving me a questioning look like I had lost my mind when I told her that I got my lunch from a crowded convenience store, but I’ll take the odd look anytime over having to count on a pack of stale peanut butter crackers to get me through the day (especially on those days with late afternoon meetings that drag on for hours and never seem to end.)

Each chain claims to be the winner of any number of customer surveys and loyalty measures. And as serious as the two chains take their competition, so too do each store’s loyal patrons.

In many respects, it’s a battle of mights: A battle between Pittsburgh and Philadelphia. The Steel City versus the City of Brotherly Love and it’s five times more populous 1.6 million residents. Each chain represents the difference between pop and soda; yinz and youse; The Steelers, Pirates, and Penguins versus the Eagles, Phillies, and Flyers; and a  Primanti Brothers sandwich versus the classic, the Cheesesteak.

Local fans of each will tell you their city and their store is the better one. So where did I stop on my way home from work the other night when I needed to pick-up a gallon of iced tea? So which heavy weight celebrated with their hands-up and their head held high in this latest battle? Which came out the winner?

5 thoughts on “A fight over convenience”