It’s one of those simple, but enduring lessons that we all have to learn at an early age. Johnny gets two pieces of candy and you only get one. “Aw, hang in there. Next time, you’ll get two.” Next time comes around and the parent, teacher, friend, whomever, forgets to start with you.

For whatever reason, I’ve always been that kid or now adult crying out or even whining “that’s not fair.”

When I was still in the womb and it came time to line up for the “fairness gene,” I went through twice and quite possibly a third time. I get riled up by the littlest injustices and inequalities; it’s rooted deep into my personality. 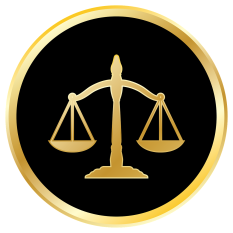 And unfortunately, I can never just let something be. I have to point it out.

I’m fully aware that I probably should have gone into law or some other profession that would allow me to better fight for productive change. But that wasn’t to be. In any event, here’s a few of those annoyances — some big things, other very minor — that have risen to the top of my pet peeve list lately:

Within hours of Justice Antonin Scalia’s death, Senate Majority Leader Mitch McConnell attempted to put off the naming of a Supreme Court successor, stating that the position should not be filled until the American people have spoken and we have a new president in office.

I understand why the Republicans would like to wait. I’m certainly no fan of President Barack Obama. And yes, I find it revolting that Obama who called for a McConnell-like move when the roles were reversed, is now expected to name a nominee in a few weeks. However, McConnell’s call rings hollow to me. It frankly smells like swarmy politics.

In President George W. Bush’s final year in office, he encouraged Congress to enact the $700 billion Emergency Economic Stabilization Act to bail out the housing and banking industries. While certainly controversial, no one stated that Bush should hold off lobbying for the bailout until the next president was in office.

Supreme Court nominations rest with the president and President Obama should be allowed to fulfill that responsibility.

Of course the other party is just as crooked. I’m annoyed that while Hillary Clinton and Bernie Sanders have generally been neck-and-neck with actual votes, Clinton now has a sizable super-delegate lead.

After the first two contests of the primary campaign in Iowa and New Hampshire, Sanders held a a 56-42 percent lead nationally. Unfortunately for him, he didn’t win where it counts — the race for super delegates. Some states award their delegates based on each candidate’s percentage of the vote, while others simply award their delegates to whoever finishes first.

In real terms, this has meant that Sanders leads Clinton in the tally for delegates 36 to 32. She however had won where it counts with 98 percent of the super-delegates. She “earned” 362 super delegates to Sander’s 8, putting her in a commanding overall lead.

I get that the parties are all about following the hot money and who is going to win in the general election, but let’s stop calling it a Democratic process, because that certainly doesn’t resemble the people’s vote.

Of course, it’s not just politics that cause my fairness meter to go off the deep end.  I’ve been driving a lot lately and as my luck would have it many of the roads that I travel have construction. While challenging now, I remind myself that someday my commute will be improved, maybe even lessened.

In the meantime, however, I have to live with road-rage infested drivers and the problems they create. Without fail, I seem to come across impatient drivers everyday who think that the idea of everyone merging from two to one lane is for everyone . . . but them. They’re special. The rules of the road don’t pertain to them. They get to make their own rules.

I get that traveling can be taxing. I get too that sometimes you’re late and need to get to work or school or whatever, but do we really need to drive on top of the bumper of the guy in front of you or wait to the very last moment to merge. Really? Is that aggressive behavior really necessary?

I must not understand the rules of the road. I must be missing out too on the important people that I’m traveling next to on the highway. Obviously.

Are good manners too much to ask?

Of course, as a father nothing bothers me more than when I feel one of my children deserves some recognition from a teacher, coach, or some type of authority figure and they’re not getting it.

I’m not a helicopter parent. I don’t give my kids praise they don’t deserve. They need to work for it, but when they’ve worked hard they shouldn’t be treated bad just because someone has authority over them.

For example, one of my boys came home dejected the other day because he did poorly on a test and his teacher marked an answer wrong that he actually thought he got right. My son generated the courage to ask why the problem had been marked wrong. The teacher ended up giving him points back on the test, but gave only half-hearted feedback and certainly no apology for marking the question wrong in the first place.

I know all to well that the teacher’s job is thankless and I wasn’t counting on the teacher getting on their knees to apologize. I would have liked some recognition, however, for my son’s efforts to take the problem home over night and research the answer, learn from his mistakes, and make the best of a bad situation.

None of that happened.

One more injustice to fight.