Years ago I read Shakespeare’s King Henry IV for some stuffy English Literature class. I don’t remember much about the play, but I vaguely recall King Henry complaining about the challenges and responsibilities of being king, stating “Uneasy lies the head that wears a crown.”

Unlike King Henry, I would eagerly take on the challenges of royalty and I know exactly the steps I would take.

When I’m king of the world: 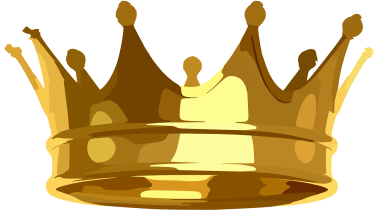 –Colleges and universities would be able to charge a fair and reasonable tuition rate, but they would not be able to swindle students and families out of a small fortune. In my world, paying for college would be an accomplishment — something to be worked for — but it wouldn’t be a burden, handcuffing students with lifelong debt.

–The salaries for the best teachers, police and fire officials, and frontline medical and mental health workers would be commensurate with senior business executives. (Nothing new there, I’ve said that one for years.)

–Television meteorologists would have to list their success rates (e.g. how often they were correct in their reports) in the corner of the screen so that viewers would have something to judge them by beyond just that he or she is friendly and looks good on TV in front of a map.

–After every ten years worked, working adults would get a nine-month paid sabbatical that could be used for community service, academic research, career exploration or entrepreneurial activities. Besides generous credit that would be directed toward them, employers would share in tax breaks for allowing workers to participate in the program.

–Heavily traveled Routes 422 and 76 into Philadelphia would be listed as disaster areas and federal and state officials would be given a deadline of three years to fix the bottleneck into and out of Philadelphia.

–Drivers who fail to brush off the snow off the roof of their car would have to spend a day in drivers-ed classes watching crash site videos to show them how their carelessness affects others.

–For every promise one of the Presidential candidates make, they would have to support it with a detailed policy white-paper. No fake promises in the heat of the moment. No throw-away claims cited one minute, forgotten another. Each candidate would need to present the facts and their plans to solve each specific challenge. (What would that mean for the Democratic and Republican front-runners?)

–The Monday after Super Bowl Sunday would be a national holiday. (In addition, the New England Patriots including coach Bill Belichick and quarterback Tom Brady would be labeled as cheaters and ineligible to participate in any future Super Bowls. Sorry to all my friends in Boston and everywhere else in New England.)

–Emergency rooms would have greeters similar to a restaurant or hotel concierge who would welcome you and upon arrival would inform you of your wait time. They would proactively check-in with you every 15 minutes with a more precise time estimate. They would also work to try to make “your stay” less traumatic and painful. (Yes, I’m speaking from my family’s recent experience.)

–In order for a mechanic or car dealership to say they were customer service focused, they would have to pick-up your car and return it when the work was completed. No extra cost. 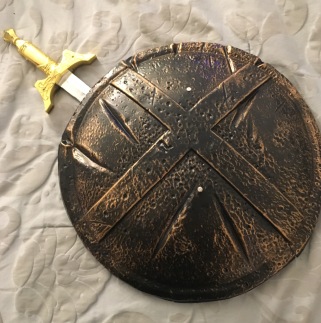 –Taxes would actually be simplified and easily understood by the average American. Same for the FAFSA, the Free Application for Federal Student Aid that parents of college students must fill out this time of year.

–The formal thank you note would come back in style.

–The whole gang of the Kardashians would be kicked off American television for the lack of moral development and would not be able to return to the airwaves until they held real-life jobs for three years. At that point in time, they would have to explain what they’ve learned from having a job. If they haven’t learned anything from the experience, they would be banned forever from reality TV. (The same goes for the Housewives of whatever series.)

–Of course, I would also issue any number of decrees ensuring that I had all the trips and toys that I could ever imagine. I would need to plan some “me” time, it’s tough being king.

These are all random, very much a hodge-podge of thoughts and ideas, but they’ll be some of the first steps I’ll take when I get my crown back from the dry cleaner.

4 thoughts on “When I’m king of the world”