Every year this time I think of the many people ― including family and friends ― who’ve served in the Armed Forces. I’m especially thinking this year of a man I met in 1993, who as a 19-year-old Navy seaman was taken to a lab in Anacostia, Maryland and was exposed to mustard gas in secret military tests. Walter and the other soldiers in his small test group, most just 17 to 19-years-old, were told that they would be testing “summer clothing” and, in return, promised weekend passes. The soldiers were told to not tell anyone about the secret experiments and most kept quiet until the media and government started revealing more about the tests in the mid-80s.

When I met Walter, he was 68 and he told me how he was locked into a gas chamber and exposed to lethal mustard gas and Lewisite, a poison gas made from arsenic. He came out of the chamber nauseated and with blistering burns on his arms, scalp, shoulders, and back.

He called himself a “human guinea pig” and worried that the poisons that he’d been exposed to as a young man would make themselves known in more painful detail as he entered his retirement years. He was fighting for Veterans Affairs benefits.

The VA, of course, was denying his claims.

I’ve been thinking especially about Water in recent weeks as National Public Radio has run several stories on the tests and released the first public database of American veterans who were secretly exposed to mustard gas in military experiments during World War II.

In all 60,000 American troops served as test subjects, and about 4,000 were used in extreme tests that government studies have linked to illnesses including skin cancer, leukemia and chronic breathing problems.

“I said, ‘I’m burning. I’m burning up inside!’ But, once you were in the gas chamber there was no going back. You were stuck, you had to stay the full hour,” he told me for a story I wrote at the time for the Fauquier Citizen, a newspaper in Northern Virginia.

A few months after I interviewed Walter, I moved away from Virginia, but I’ve routinely thought about him over the years, his sacrifice, and how he was faring. A quick search shows that he recently turned 90 and still lives in the same community where I met him. As in years past, I wish him well and pray that he’s been able to get the medical services and solace that he was looking for when I last saw him. 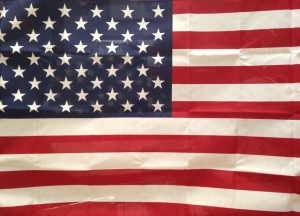 I pray too that our government has learned from its mistakes and never lies and harms its soldiers like it did to Walter and countless others like him.

Finally, I will remember too on this day, the thousands of servicemen and women who protect our shores both home and abroad. I’m thankful and appreciative for their dedication and service.