The challenge with any writing is to tell a good story. I wrote this piece of short fiction a few years ago for a writing class to see if I could write — not as an adult male — but as someone else, in this instance, as a rural country girl from the south. You be the judge.

I killed my best friend and never served a day in jail.

Yea, you heard right, I killed my best friend.

When I was 14, I pushed my best friend Daisy Washington into the Black Moshannon River and she drowned. Oh, don’t go running to any conclusions, I didn’t mean nothing by it, it just happened.

Daisy, the JJs — Jenny and Jackie Johnson — Louise Griffin and me met up one night after supper by the Union Street Bridge. We did it every night. We’d hang out until one of our mommas would holler for us to come home, finish up our chores, clean up and go to bed. The bridge was our little hang-out. We’d sit on the stone edge and watch the boys bike up and down the street, and talk about the latest gossip, who was cheating on who; who was in who’s dog house, those kinds of things.

Why’s everyone picking on me?

Well, that night Daisy was getting on me pretty hard. She was my best friend and all, but she was giving me grief like nothing I had ever seen before. I think she was sore at me for giving my last Reeces Peanut Butter Cup to Jackie instead of her. Anyway, one thing led to another and Daisy started teasing me about liking Bobbie James, that boy from over on the other side of town. I didn’t like him, no siree Bob, but she wouldn’t stop.

I let her taunts go on for five minutes, maybe even longer, because the sun was going down and I expected my momma to be calling me in any minute. She went on like that in her sing-song voice, half singing, half talking. But momma didn’t call and Daisy kept pushing and pushing with her teasing. “What’s next for you Barbara Ann, walking down the wedding aisle, arm-in-arm with Bobbie James.”

I broke. I couldn’t take it any longer. “That’s it,” I told myself and I pushed her. I pushed her, just like that.

She fell back from where she was sitting on the bridge and made a big splash into the river. She didn’t fall that far, maybe five feet. We barely even looked over the bridge. We didn’t think anything of it. I thought she’d come storming out of the river, all soggy-like, and slap me on the face. I knew it was coming. I knew I would be getting what was due. But she didn’t come.

Well, Daisy hung up there for ten seconds or so it seemed, sort of like a soda bottle floating along a stream. You could see the shock in her eyes and in the time it takes to blink her shock was replaced with pure fear.

From that point on she started flapping her arms this way and that like a little itty bitty bird just learning to fly. When we sees that she’s having problems, Louise and I raced across the bridge and down to the embankment, but she sunk faster than a skipping stone splashing across the creek.

Afterwards, we both agreed that if we had it to do over, we would’ve just jumped in right from where we were. In the pitch black, we couldn’t see a damn thing. We dived in, but we couldn’t find her. I dove under the water six, seven, eight times. I lost track after awhile, but I couldn’t see anything in that muddy water. I prayed that she was just playing tricks on us. Daisy liked to do that to you. Once when Rosalyn Parker from school stuck her tongue out at us, Daisy and me hid behind the door to homeroom and slammed the door on her when she came into the room. Daisy nearly knocked Rosalyn out, but she didn’t bother Daisy no more. Daisy was creative like that.

While we kept diving in, Mr. Davis, the pastor from the Pentecostal Church, saw us and hollered for some help. Each time I dived in I said another prayer, but after a while, I knew there was nothing good to come of it. The police came, the search and rescue team too. They couldn’t find her either.

Two days later, Dalton Smith, one of the firefighters called into search the Black Moshannon, found her bloated body hooked on some downed tree limbs. I watched as Dalton pulled Daisy’s body out of the river. She still had on her favorite blue-and-white dress that she loved to wear to school dances.

I cried when I saw Daisy’s mother. I couldn’t look her in the face. She wouldn’t look at me none either. She didn’t say a word. She never did like me much. She used to tell Daisy to watch her doll babies and toys when we played together. She’d say it right in front of me, like I couldn’t hear her. I would look at her like, “Hello, I’m right here.” But she didn’t pay me no mind. I guess she thought I’d steal from my best friend.

Anyway, she moved away from Beaumont a short while later. I heard a rumor a couple years back that she found herself a rich new husband, some guy who owned a used car dealership, and had herself some more kids. But then I also heard that she couldn’t bear to live on and killed herself. The rumor said that she put a pistol up to her head and pulled the trigger. I’m not sure I know what to believe. 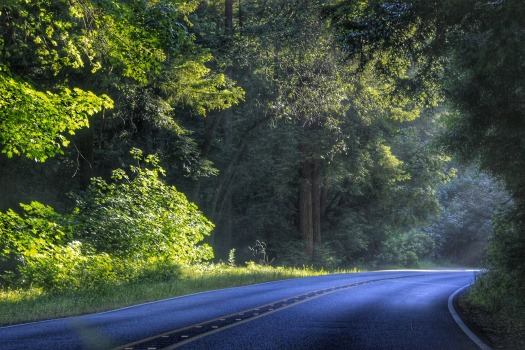 The whole town showed up for Daisy’s funeral. When I saw her little body in front of the church, I never cried so much in my life. I always wondered how she could eat so much and stay so little. I felt like a thousand eyes were squarely on my back. Everyone watching, seeing how I was going to react to this or that. I cry just thinking about it.

Bobbie James even showed up to the funeral. I saw him once more from a distance in his crisp, clean white baseball uniform before some game, but I never saw him again. I often wondered if he knew he was the reason why I pushed Daisy or if he just thought I was some rude little girl.

There were some whispers about criminal charges, but they never came. My momma told me not to worry none that they wouldn’t put no teenager away in jail. Jenny and Jackie weren’t so sure. Their cousin Johnny was sent to jail when he was 15 and shot two kids in a hold-up. “Now don’t you go worrying none girl, but you need to know the truth,” they told me.

Waiting for my punishment

Anyway, I keep waiting for the sheriff, but it’s been five years now . . . He stops by every so often to ask me how I’m doing. He even asks me to tell him about the fight leading up to push, but that’s all. He thanks momma and me for the coffee and cake that she rolls out for him and heads back out.

I guess if he was going to arrest me, it would have happened by now.

So, that’s how I killed my best friend and lived to tell about it. I’d give anything to take that push back, to let Daisy’s taunts wash over me, but life doesn’t work that way.