On two different weekends recently, my 16-year-old and 11-year old sons both went to their school dances. I got a kick out of seeing them get ready for their big nights out. They put a lot of thought into what they were going to wear and dressed-up nicer than I had expected. 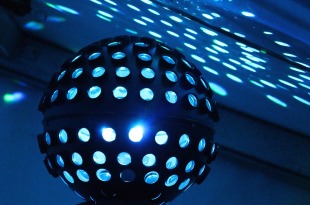 As my boys got ready for their night out, I thought they might be apprehensive or even nervous, but when I asked, they both said they were fine. They could have been playing it low key for Dad — the less information to pass along the better — but they seemed pretty confident to me. Heck, they seemed downright laid back.

When we dropped them off, they got out of the car and didn’t look back. I had to laugh at the scene because I certainly didn’t have that kind of confidence when I was growing up. When I went to school-related events, I obsessed over a million different things, if I would fit in, who I would talk with, whether or not I would embarrass myself in some way, and on and on and on.

My boys didn’t seem to have the same concerns. I’d like to think that we’ve raised them to believe in themselves and to be men of character, but I think it speaks more to my crazy state of mind as a kid. I was a bundle of nerves.

As I’ve gotten older and considered the question, I think a big part of my struggle growing-up was fitting-in and finding my place. I wore large, geeky glasses that seemed to set me apart even more than I already was. Many times when I tried to make a point, my mind would race faster than my mouth, with whatever I was I trying to say coming out in a confusing stammer. My family didn’t have a lot of money and just barely got by some months, making me obsess even more about fitting in with everyone else. And to top it off, I liked the typical guy stuff, cars and football, but I also liked to read and write. I could just as easily spend a Sunday afternoon reading Harper Lee’s To Kill a Mockingbird or Michael Shaara’s The Killer Angels to playing outside or riding bike with my friends.

Most kids seem to face some type of struggle fitting-in with the crowd. They worry, they fret over the smallest of things. While I understand this now as an adult, I can’t say I recognized it at the time. I felt the spotlight on me no matter the situation. It took me a long time — well into college — to stop worrying about what others might or might not think and to just be myself.

It took me putting my own trusted opinion over others who may or may not have had my best interest at heart. It took having confidence . . . in me.

In the end, it was great to see my boys walk into the house after their events were over with smiles on their faces and positive stories to tell. It told me that the three of us — even me — have come a long way.