I checked the calendar on my smartphone one more time. My coworker was running late. We were supposed to meet for coffee early in the morning before our schedules got too crazy. We needed to come to agreement on a key section of our project plan.

He’s normally an obsessively punctual person so I was surprised when I didn’t immediately see him in our company cafeteria and even more surprised when he showed up fifteen minutes late looking flustered with his bag flying behind him and his shirt tail sneaking out of his pants. He apologized and explained that it had taken everything he had to get out the door.

I told him to get his coffee and take a few minutes and we could start when he was ready. When he came back he told me that his 6-year-old son and 10-year-old daughter both had meltdowns and didn’t want to go to school. He ended up making matters worse by screaming at the two of them. Everything went downhill from there.

I told him that I could relate and shared that I’ve had more than a few parental failures in my day. We chatted about our families for a few minutes and then quickly tackled our work issue.

Later in the day, however, I couldn’t help but think about some of my less-than-stellar parenting mistakes. I’ve had a few. My kids are much older than my friends so I was reminded less of the knock-down-drag-out fights. Yes, I’ve had a few of them too. Instead, I was reminded by the ways I’ve steered my kids wrong.

I told them: be the best. When instead, I should have told them: do your best. I learned this mistake the hard way. When my daughter was young, I thought she could get straight A’s in school. She thought I expected that. I merely meant that I wanted her to do her best. If only I had communicated better, we would have avoided a ton of angst and battles.

I told them: life can be stressful, learn how to deal with difficult moments. When instead, I should have told them: make mistakes. You can’t avoid mistakes or challenges. Life is all about learning how to overcome and grow from them.

I told them: stay busy. When instead, I should have told them: have fun doing nothing. When I was a kid, we were busy, but not like today. Kids seem to run constantly, participating in any number of travel athletic teams and activities. We tried to promote a healthy balance, but if I had a do-over, I would certainly make them stop and do nothing. 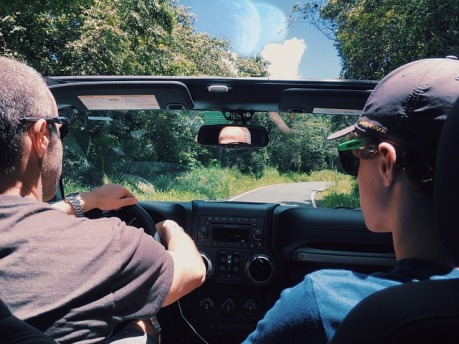 I told them: work hard. When instead, I should have told them: work hard, but even more important, work smart. I remember once scolding my son because he had the correct answer to a homework problem, but he used the web to get it. I meant well. He might not always have “Google” at the beck and call, but my scolding brought him to tears. And I completely killed his creativity in finding another solution.

I told them: I loved them. When instead, I should have told them: They are important and I love them dearly. Simple enough.

I’ve made my share of mistakes. At the top of list is losing my composure and yelling, when I should be listening, but fortunately for me, my kids have usually given me a second chance to make it right.

For now, I’m going to get back on the horse and try again. Wish me luck.