Every year since 1948, Gallup, the polling company, has asked Americans to name the man and woman that they admire the most. Surprisingly, I didn’t show up anywhere on the most recent list! I’m nowhere to be found.

Eleven percent of Americans named a relative or friend as the man they admire most; 18% named some other living man; and 25% did not name anyone. 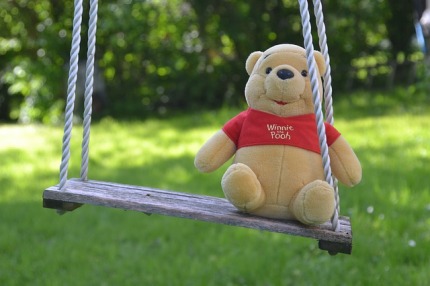 I’m fascinated by lists like this and have been thinking about who I admire. I can think of lots of living and departed men and women, everyone from the founding fathers to Marie Curie, Fred Rogers, of Mister Rogers Neighborhood fame, sports stars like Jackie Robinson and Hank Aaron to writers like J.K. Rowling, Mitch Album, Jane Austen, Pat Conroy, and Maya Angelou.

I can think of lots of names and I’m sure I’m leaving out any number of personal heroes, but when I really think about who I admire, I keep coming back to a fictional human-like teddy bear created by English author A. A. Milne. Obviously, I’m talking about Winnie-the-Pooh. 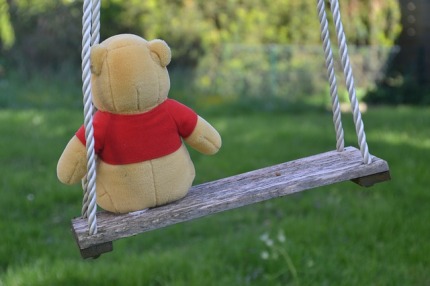 Yes, Pooh Bear can be a bit silly and naive and concerned more about honey than anything else, but in this day and age, Milne’s thoughts on love, compassion, and friendship are exactly what the troubled, tired soul needs.

When the chips are down, Pooh is exactly who you want on your side. He’s friendly, thoughtful and steadfast. He’s also wise beyond his years.

Here’s what I mean:

–“Love is taking a few steps backward, maybe even more … to give way to the happiness of the person you love.”

–“A little consideration, a little thought for others, makes all the difference.”

–“If there ever comes a day when we can’t be together, keep me in your heart, I’ll stay there forever.”

–“I think we dream so we don’t have to be apart for so long. If we’re in each other’s dreams, we can be together all the time.”

–“A day without a friend is like a pot without a single drop of honey left inside.”

–“Sometimes, if you stand on the bottom rail of a bridge and lean over to watch the river slipping slowly away beneath you, you will suddenly know everything there is to be known.”

–“How lucky I am to have something that makes saying goodbye so hard.”

–“Rivers know this: there is no hurry. We shall get there some day.”

–“If the person you are talking to doesn’t appear to be listening, be patient. It may simply be that he has a small piece of fluff in his ear.”

–“You’re braver than you believe and stronger and smarter than you think.”

–“You can’t stay in your corner of the forest waiting for others to come to you. You have to go to them sometimes.”

–“It never hurts to keep looking for sunshine.”

A giant among men

You could certainly pick worse choices.