He stood stooped over, age had taken a toll on his posture, but he was a tall man so he still towered over me. He wore a long overcoat and a black wool fedora. He could have been straight out of a 1950’s movie.

He would smile when he saw me. I used to smile back.

We had nothing in common. Oh, he knew my wife when she was younger, but only because his daughter and my wife had gone to the same school. Otherwise, we were from two different planets. We knew few of the same people. We lived in different neighborhoods and hung in different circles. He was in his 60s, I was in my early 30s. I was newly married and with two young kids. He was married for decades and had a handful of grandchildren.

Somehow, though, we clicked.

We both served as volunteers in our church. Like clockwork, once a month, we’d serve as lectors the same weekend and we’d catch up on our families and chitchat about the weather. At first, I wasn’t sure what to make of him. He seemed to ask a lot of questions, but, over time, I found that he knew exactly what to say to me. When my kids, still so young, kept me up through the night, he’d let me know that it would soon pass. When I was thinking about a career move, he told me to take it to God. When I told him that I had been a horse’s ass to my wife, he gently reminded me that roses make a nice present. 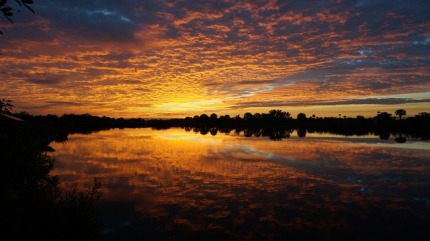 We never went too deep. We kept it high level, but he made a big difference.

One Sunday a few years later, he told me that he was giving up his volunteer job. He said he would miss hanging out and talking with me before the service began, but he was missing too may Sundays. When I told my wife, she said that she had heard that his wife’s health had rapidly deteriorated in recent months. To be honest, he didn’t look all that great either. His face looked hollow and you could tell that he had lost a lot of weight. A few years after that, our priest told a group of us that my friend had passed away in his sleep and asked us to say a prayer for him.

I never got to thank the old man for his patience and understanding. I never got to tell him how much his positive words of advice and optimism lessened my burden and made my day.

God knows that I can be a hard-nosed stubborn mess. I have my doubts about a lot of things, but I’ll go to my grave convinced that God put the old man in my life to help out when I needed it most. My own personal guardian angel.

If God exists, I’m sure he’s putting my friend to good use, possibly as a greeter to the newly arrived who are stepping foot for the first time inside the Pearly Gates. If I’m lucky to get there, I hope I get to see my friend again.

I’ll shake his hand heartily and thank him for his wonderful example.

2 thoughts on “My own personal guardian angel”