In 1981, wealthy businessman Eugene Lang was asked back to his old elementary school, PS 121 in Harlem to address the graduating sixth grade class. They would be soon going off to middle school and hopefully high school. 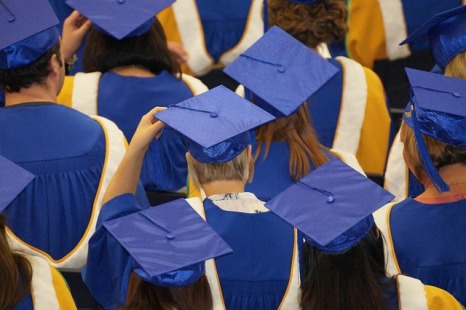 He planned to tell the kids to study and work hard—all the usual stuff. However, on the way to the podium, the principal told him that 75 percent of the class would never graduate high school.

Boy did he go way off script.

Instead, Lang told the sixth graders and their families that he would support — as in pay for, pick up the tab, finance, whatever your word — their dreams of going to college. He told them that he would earmark $2,000 for each of them toward college tuition and that he would add more money each year that they stayed in school. He would go onto “adopt the class,” establishing a year-round program of academic support with a mentor and tutoring for each student.

Of the 54 original students in the class who stayed in the area, 90 percent graduated from high school or earned their GED and 60 percent took Lang up on his offer and went onto earn degrees from Bard College, Barnard College, Swarthmore College, Rensselaer Polytechnic Institute, and a host of other schools.

Lang would go onto create the “I Have a Dream Foundation,” a national nonprofit with a mission to motivate and empower children from low income communities to reach their educational and career goals. The foundation has since helped some 18,000 students reach and complete college.

When I saw Lang on that 60 Minutes episode so many years ago, I was amazed by his generosity. I was reminded of it again when I saw his obituary earlier this month. He died at the age of 98. When he first made his offer, can you imagine what must have gone through the kid’s heads?  Their parents?

Did they laugh it off? Did they think he was some crazy old fool? Did they think it would ever happen? Many faced challenges including the threat of gang life, poverty, and outside distractions, that are hard for most of us to understand. 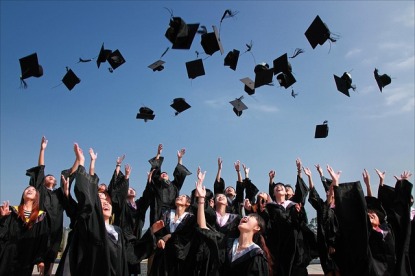 One of the former PS 121 students described it this way: “And about the second or third card he just sort of put them aside and started reminiscing about attending Dr. King’s speech at the National Mall when he was younger. And I think he was just sort of inspired and said something to the effect of, you know, if you get to college I’ll promise to pay for it. Something to that effect. And me and my classmates were in the first, second and third row. We were all still chattering. But you can sort of sense that if you looked behind you that it’d gotten kind of still. And then there was just applause.”

In 1996 for his far-reaching efforts, Lang, a self-made businessman who contributed more than $150 million to charities and institutions, received the Presidential Medal of Freedom from President Bill Clinton.

Lang made much of his fortune from his company, the Refac Technology Development Corporation, that specialized in the licensing of patents and financing high-tech ventures. In particular, the company made much of its money by aggressively filing patent infringement suits against companies like IBM and Eastman Kodak and retailers like R.H. Macy and Radio Shack on behalf of small inventors. Some critics argued that Refac held up these large companies for “patent blackmail.” Others like Lang claimed they simply protected small inventors who helped pave the way for a variety of improvements including liquid crystal displays, automated teller machines, and bar-code warning systems. 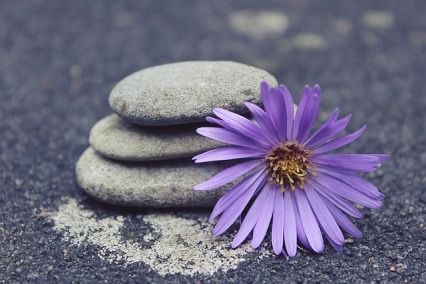 We in America have a very routinized life. We go to work, we come home. We eat, sleep, and do it all over again. We don’t always think about people less off. We’re in our own little bubble worlds. When something does happen, we think about our family, our neighbors, etc.  We help where we can, but do we really help? Do we really play the good Samaritan role? Sometimes, yes, sometimes no.

I may not have a fortune like Lang, but thanks to his generosity I’ve tried over the years to be grateful for the good things that have come my way and help others in whatever small way I can, even if its five and ten dollar bills instead of college tuition payments.

In the end, I think that’s all that we can do.